The first of our events on the theme of Mysterious Moth took place on 24th - 25th July 2021 at the corner shop and Spode archway entrance on Church Street in Stoke.  We are working on the Mysterious moth for a range of events over the next 18 months involving lots of different artists and artforms with a culminating in a large event in Stoke in September 2022. ​

"As part of the Mysterious Moth project, I’ve been hand cutting, sewing and embroidering a series of felt moths, of various colours, styles, and sizes.
There are 12 moths, with the designs and colour combinations based on different types of real moths’ complex wing patterns - each with their own distinct personality and motifs.
I’ve been using several different stitching and embroidering techniques to create texture, depth, intricate markings, and layered colours. I also wanted to hand stitch each of them as it allows for more detailed personal touches that I could not achieve with a machine."
Kirk Sylvester presents...
"Storage space is a projected stop motion moth installation inspired by the poem ‘The Business of Being’ by Susanna Harding. Just like the poem, I wanted the moths to exist in a space that is normally forgotten - 'Out of Sight, Out of Mind', like an attic, loft or basement. The concept of the boxes was conceived during the end of the 2nd lockdown and was symbolic of us being trapped indoors; isolating for the best but placing our lives on pause for the greater good. However once the 3rd lockdown was enforced, the idea of the box grew more. Due to Brexit, lines of trucks with goods was stuck in transit and in the New Year high street shops lost out to those online, further shaping our future into an unknown. The more I brought online products the more a brand box began to take space within the house, make its way into the installation subtly sharking around the central boxes. However the animated moths remain care free, just being."
Harry Wakefield and Holly Norcop present... 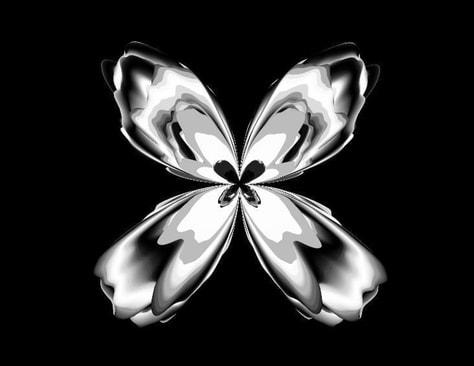 Multimedia artist and coder Harry Wakeling collaborated with Holly Norcop, poet and placemaker, to develop an immersive installation using machine learning and a soundscape inspired by the inevitable adaptation of humans and cities beyond the pottery industry into entirely new forms.
Audience members were invited to move their body to influence the movement of a projected moth listening to Holly's track describing the life of the Peppered Moth:
"The peppered moth evolved by darkening its wings during the industrial revolution so it was less visible to predators against the blackened algae around industrial cities like North Staffordshire. As the industry declined the whiter winged population increased again. Early comparisons of the peppered moth between industrial and rural areas became a significant argument for Darwin’s theory of natural selection."